Do you remember cheating on tests in grade school?  As I think back, I honestly can’t, though I probably did.  (The sins I remember were mouthing off in class & bringing a baby snake to show & tell — but that’s another post!).  Now, let’s go one more step: did you ever, in your wildest dreams, think that your teacher was cheating on a test?  Or that her cheating would hurt you??  Or that she was doing it for the money, because she was a criminal running a giant scam on the school district???

According to a report commissioned by the governor & published recently in Georgia, the former Atlanta Public Schools Superintendent, END_OF_DOCUMENT_TOKEN_TO_BE_REPLACED

This is one reason we home school. 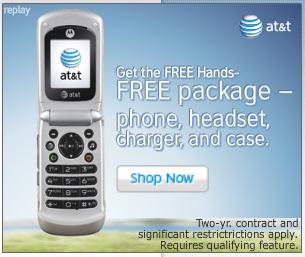 See anything odd about this ad?  This was in a webpage where click responses pay for the music, so communicating the correct information is important.  Did the person who created this ad simply: END_OF_DOCUMENT_TOKEN_TO_BE_REPLACED

On Saturday, April 4, at 1:30 in the afternoon, 13 guests gathered at our home to experience Serena’s class project for “Tea Room 101”.  This is a half-credit class which has included 5 sessions with Debra Richardson, the proprietor of The Yellow Carriage House Bed and Breakfast (who also conducts periodic teas), and work assisting her with teas in December.  Although Serena has put on at least 5 high teas before, this was the first on which she was to be graded, and therefore Mom kept her own help to a minimum.  Serena had her friend Caitlin come to help with last minute preparations and serving during the tea.  I was the official hostess — getting to greet guests, sit at the table and enjoy scrumptious treats, and leave all the cleanup to Serena and Caitlin.  I like this kind of entertaining! END_OF_DOCUMENT_TOKEN_TO_BE_REPLACED

Serena’s art is going to the dogs….in a manner of speaking.  Her art tutor had her playing around with different shades of red and red-brown on brown paper, as a break from oil painting (in which she is doing extremely well, by the way).  Serena chose a picture of a dog’s head to experiment on.  END_OF_DOCUMENT_TOKEN_TO_BE_REPLACED

A reporter spent some time recently with Beth and Serena, and this article is the result. Here are some comments from Beth about what was published and what the process was like from her angle:

This interview was actually an interesting experience. After I mentioned that my middle daughter was studying Chinese and Arabic, the reporter, Nathan, volunteered that he had spent 2 years in China as a missionary. I assumed that he was END_OF_DOCUMENT_TOKEN_TO_BE_REPLACED

So begins this article by HSLDA President J. Michael Smith, recently published in the Washington Times. He’s right. We have four children, and they would all scoff at the suggestion that meekly following the agnostic and “whatever feels good, do it” crowd is even remotely desirable.* Our goal has always been to teach, lead and counsel, and always based on the truths of Scripture and common sense. Though they haven’t always been wise nor sinless, no one would say any of our kids are crowd followers.

To find out where the title of this blog entry comes from, read the whole article.

Guess we accidentally raised a bunch of leaders. Praise God! We are so proud…

*Even Andrew, our son who died several years ago in a tragic accident of his own creation, managed to do it by stepping out of the crowd. Later, at a Louisville Youth Choir function where his memory was honored, at least one person described how he had been a leader in ways we didn’t even know…

Well, I have been forced and conscripted onto the blog by my wise and sometimes annoying father. I have been requested several times to take time out of my busy schedule to write a post, so here it goes. Life for the past several months has been an unending stream of school (now in my second year of high school) work, (at the kennel where Sarah, Lydia, and Andrew worked) and trying to clean the house and get some enjoyment out of life. Also END_OF_DOCUMENT_TOKEN_TO_BE_REPLACED

Unlike her crazy sister who is working toward 2 majors and a minor, Serena does NOT like school. She endures it. She is generally diligent about getting it done, but she doesn’t enjoy a lot of it. So this post is just to have a record of a time when her mean ogre teacher (that’s me, by the way) dug in her heels and insisted Serena complete a certain writing assignment. While studying the expansion of Islam during the middle ages, she was tasked with creating an “Arabian Nights” style tale. Here, for all to see, is the evidence that she sometimes has fun doing school. (The astute reader will find plenty of take-offs here from other tales!) END_OF_DOCUMENT_TOKEN_TO_BE_REPLACED

Well, I’m still alive, and that’s something. Actually it’s considerably better than that. I am alive and kicking, if a bit tired, and still loving every minute of it. Chinese continues to be hard, and there are definitely fleeting moments when I’d like to chuck it out the window. But those moments are rare and pass quickly. They usually come on after I have been studying for hours and it is late. For the most part it is very interesting, and I am definitely learning Chinese fast. There are now only five of us, and I believe nobody else is going to leave. We have passed the winnowing period and now the only people in class are those who are really serious and have put aside other things so they will have time to do Chinese. END_OF_DOCUMENT_TOKEN_TO_BE_REPLACED

This being the 400th anniversary of Jamestown, the first permanent English settlement in America, I decided to take Serena to a once-in-a-lifetime event and fill in some gaps in her history education. She was only in kindergarten when we studied early American history as a family. Oh yes, the government had their official, politically correct, Indians are the good guys, settlers were murderers and rapists of the land event in May, attended by Queen Elizabeth, and including Jesse Jackson, Jr., and Al Sharpton on the panel that discussed the settlement. That was NOT the event we attended. Instead, we went to a week-long celebration (that word had been forbidden by the establishment) of the providential history of the Jamestown settlement. The point was to examine the source documents, and determine what was the real impetus for the colony, and what the participants, themselves, had to say about it. It was put on by Vision Forum, a Christian ministry that you can read more about here.
We began our trip driving as far as Staunton, VA, and staying in a motel. Since we were to be staying with friends the rest of the time, we wanted to store up a little private time. The friends in Williamsburg, the Owen family, put us up for a week, making our attendance at the conference possible by saving us hundreds in hotel bills. I realized that we would be passing close to Monticello the next day, so I asked Serena if she wanted to see it. “What’s Monticello?” she asked. To a born and bred Virginian, that settled it — we had to stop there! I, gardener that I am, braved the bright sun to stroll through the very long garden on the grounds. I actually found a perennial that I had never seen before, labeled globe lavender on the stick by the plants. Monticello sells some of their heirloom plants and seeds, but alas, not this one. The house was fascinating, with all of Jefferson’s ingenious additions and inventions contained therein. Here’s a picture of the front, which I really took for the huge and ancient tulip poplar tree to the left. We had 2 of these in our front yard growing up — typical tall straight trunks with branches high up. If I hadn’t seen the leaves, I would have thought this one was an oak!

Continuing on our way, we arrived in Charles City County in plenty of time to attend the wedding of Olivia Potter, daughter of old and dear friends who live in Williamsburg. Sarah and Lydia, you will recognize most of the Potters, but here are the rest: END_OF_DOCUMENT_TOKEN_TO_BE_REPLACED