Here’s pictures from my rugby tourney 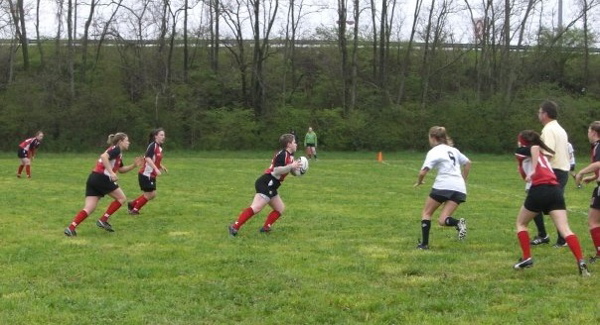 Here’s a great picture of me right after I received the ball from the flyhalf (who just took it out of a scrum). In rugby, if you get the ball, you RUN like there’s no tomorrow and avoid large moving objects throwing themselves in your path. 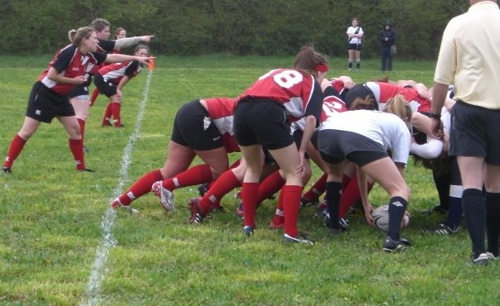 This is the scrum where eight people from each team lock together into a single pack, then try to push push the other team’s pack back while hooking the ball to their own team mates. I used to be a hooker, which was in the middle-front of the pack. Once the ball is pushed to the back of the pack, the flyhalf picks it up and throws it to one of the backs depending on the strategy of each team. As you can see in the picture, the backs are lined up in a defensive line, each pointing to the person they are shadowing. If you can see my arm and head, I’m second in line of the backs.

This is a lineout, always done at the edge of the field when a ball goes out of bounds. The team who didn’t kick the ball out of bounds gets to throw it in, supposedly halfway between their lineout and the opposite teams, but they always aim at their team and the opposite team can try to lean their jumper over to intercept the ball. I, being a back, am not anywhere in this picture, all the scrums and lineouts are done by #s 1-9, the fronts, and the backs, 10-15, wait to receive the ball and run down the field with it. 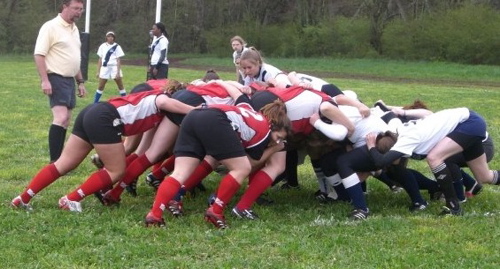 Here’s another scrum. Now you can see clearly what they are doing: pushing hard! The random guy in the yellow is the referee called The Sir. 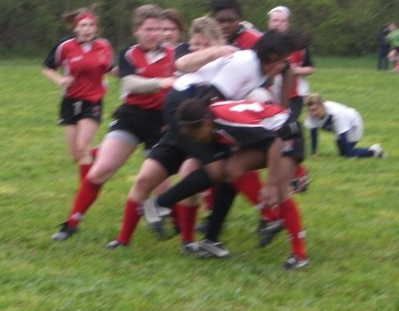 The beginnings of a maul (a lot of people all bound around the ball but still upright and moving, not on the ground). I believe white had the ball and we are mobbing it. You can see me on the left, just getting into the maul. 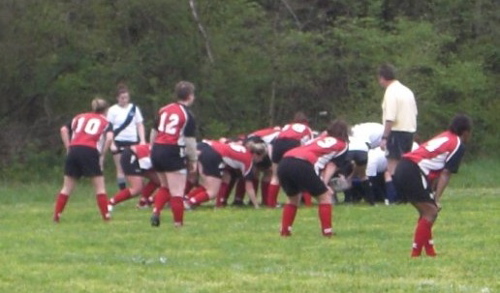 You can clearly see me, # 12. Us backs are lined up, waiting for the ball to come out of the scrum. 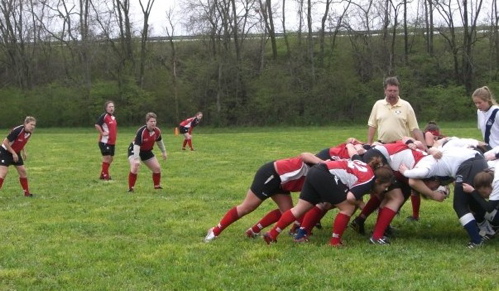 And once more here I am waiting to receive the ball while my fellow backs are lined up to support me once I get the ball. 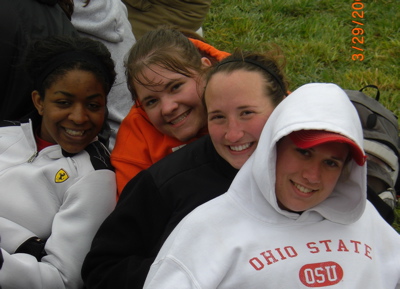 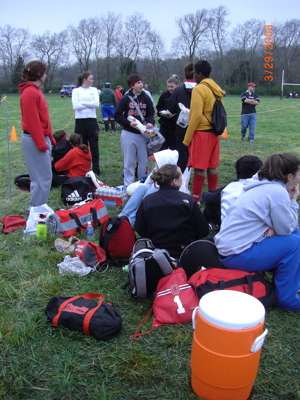 Us and our stuff, hangin out in-between games 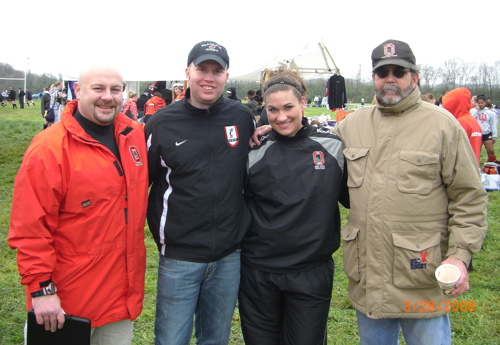 Our team’s amazing coaches. From left to right: Coach Payne, Nick, Sarah, and Coach Porter. Well, that’s all for now. Hope you enjoyed the detailed explanation of how rugby works ;)> I’m sure you’re just dying to play it now.