So this post is chiefly for my dear sisters so they can see what I’m doing even though they’re not home much. Sister’s, take notice 🙂

As usual, I have been struck by inspiration for a costume.  I seem to find an irrepressible urge never to wear the same outfit to a Renaissance fair for two years in a row, which means I’m making a new one.  As traditional Renaissance garb is boring, and I love steampunk, I have decided on doing an Eastern/Oriental/steampunk costume.  Yes, I know, steampunk is Victorian era, but hey, it’s a ren. fair.  since the Highlands festival is many months away, I have plenty of time.  However, as we all know, inspiration strikes at any time, so I’m working on it now.

The top is a based off of an Ao Dai, a traditional Vietnamese robe.  The Ao Dai has sleeves and panels that drag on the floor, but I’m going to make an overrobe for it that will be longer, so I ditched the panels.  Since this is a summer outfit, it will not have sleeves.  I made one muslin draft to get the basic idea, and then a second to add seam allowances.  Just in case you hadn’t noticed, I am completely making this up.  No pattern at all. This is the second muslin draft I made, partially pinned together. 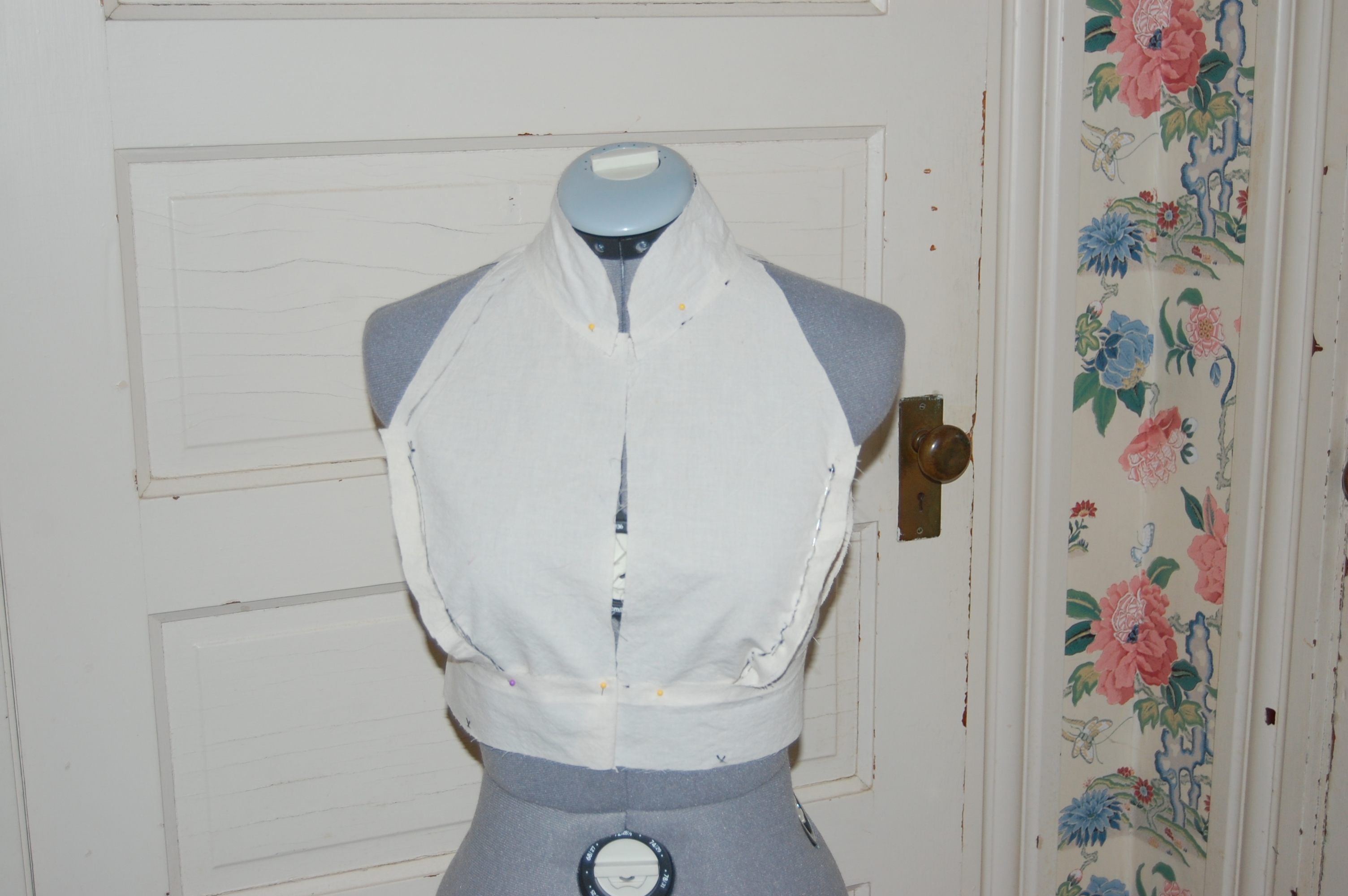 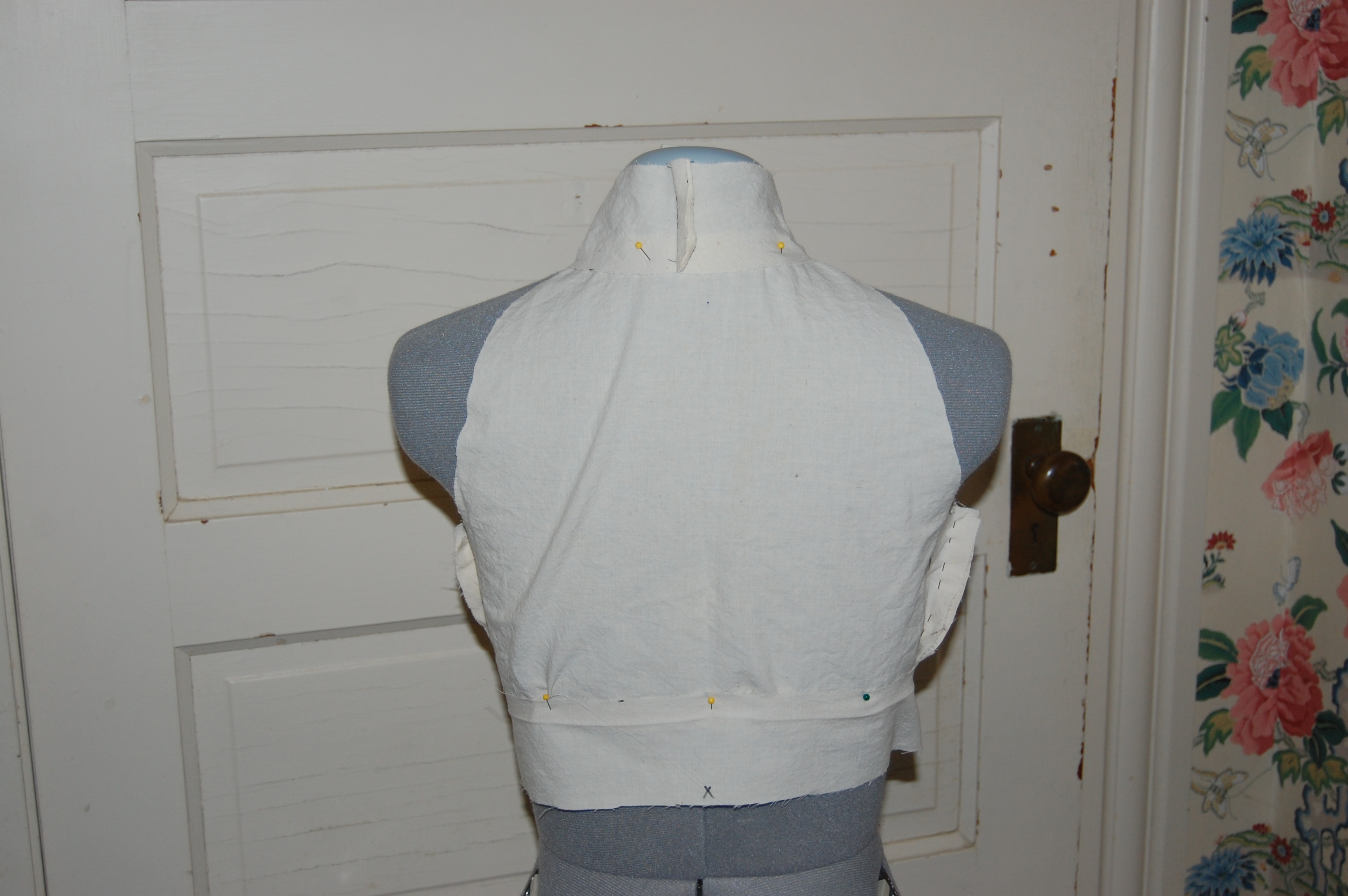 I decided to use my black and red dragon silk, since it’s what I had.  After cutting it out and sewing most of it, I crossed my fingers and tried it on.  It fit!  Yes, surprisingly as it may seen (at least to me) it actually worked.  Anyway, after further tweaking, several darts, and some awesome trim later, here is what it looks like. 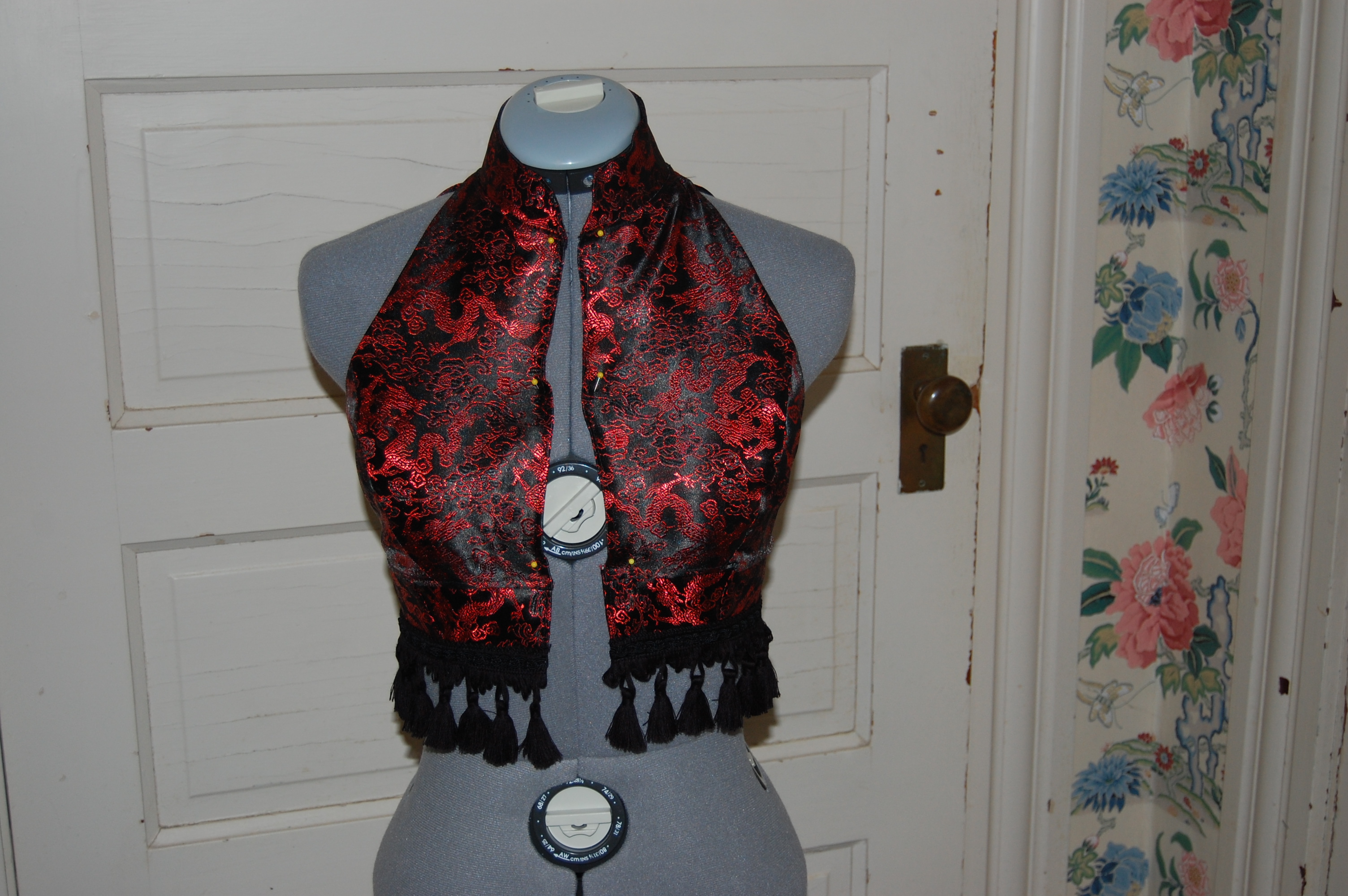 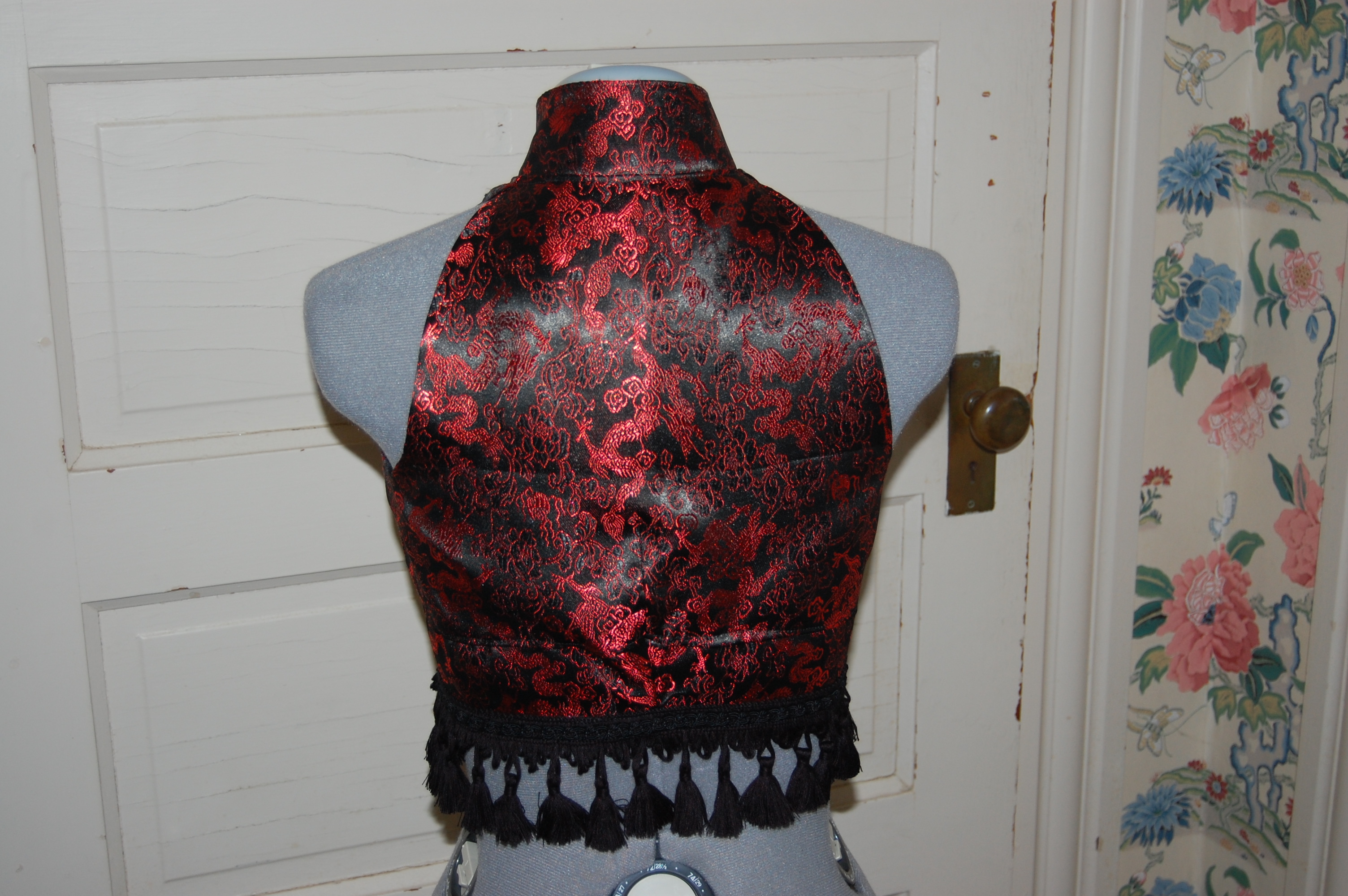 It fits me better than Alice.  the front actually meets in the middle.  I still need to get frogs and braid for the front, but other than that it’s done.  Unless I think up something else to do to it.  Who knows, maybe I’ll embark on another embroidery adventure.  There will be lots of other bits to this costume, but for the moment, this is what I’ve got.  More pictures to come once the braid is done.

One Reply to “Costume bug”