February 15 was a banner day for odd things around here.  The first occurred as a result of Neil. You family members know Neil — Sarah’s old friend that we have been helping.  He asked to use our dining room for a romantic Valentine meal for his wife, seeing as how he couldn’t afford to take her out to a nice restaurant.  I said o.k., and he made all the arrangements through Serena.  I didn’t think I would need to be involved at all.  (But you know me).When Serena started taking leaves out of the dining room table on Monday, I started paying attention. When I found out she was going to take them ALL out and collapse the table all the way…..you guessed it, I got involved. You have to understand that this is an antique table which has spent the last, oh, 50 years of its life being from 12 to 15 feet long!  We have theorized that if you took out all the leaves, it would collapse all the way down to 5 ft. by 5 ft.  But that was only a theory.  There was no way that I wanted big, strongman Neil to be the one to help Serena to “compress” the table.  After examining the table underneath, I helped Serena to gently push it together. We were patient with it.  We coaxed.  It pretty much worked flawlessly, though we decided to leave it with one leaf in. On Tuesday, after examining the under side yet again while putting things back in place, I decided that it should indeed collapse all the way.  Serena and I coaxed again, a little more forcefully.   Voila! We now have a 5 ft. X 5 ft. table in that large room.  We’ve been eating dinner on it for 2 nights now, just to see how it might work if used in our new home, sans large dining area.  Midnight was a little hesitant to join us in the new room, but she finally made her way to Dad’s lap. 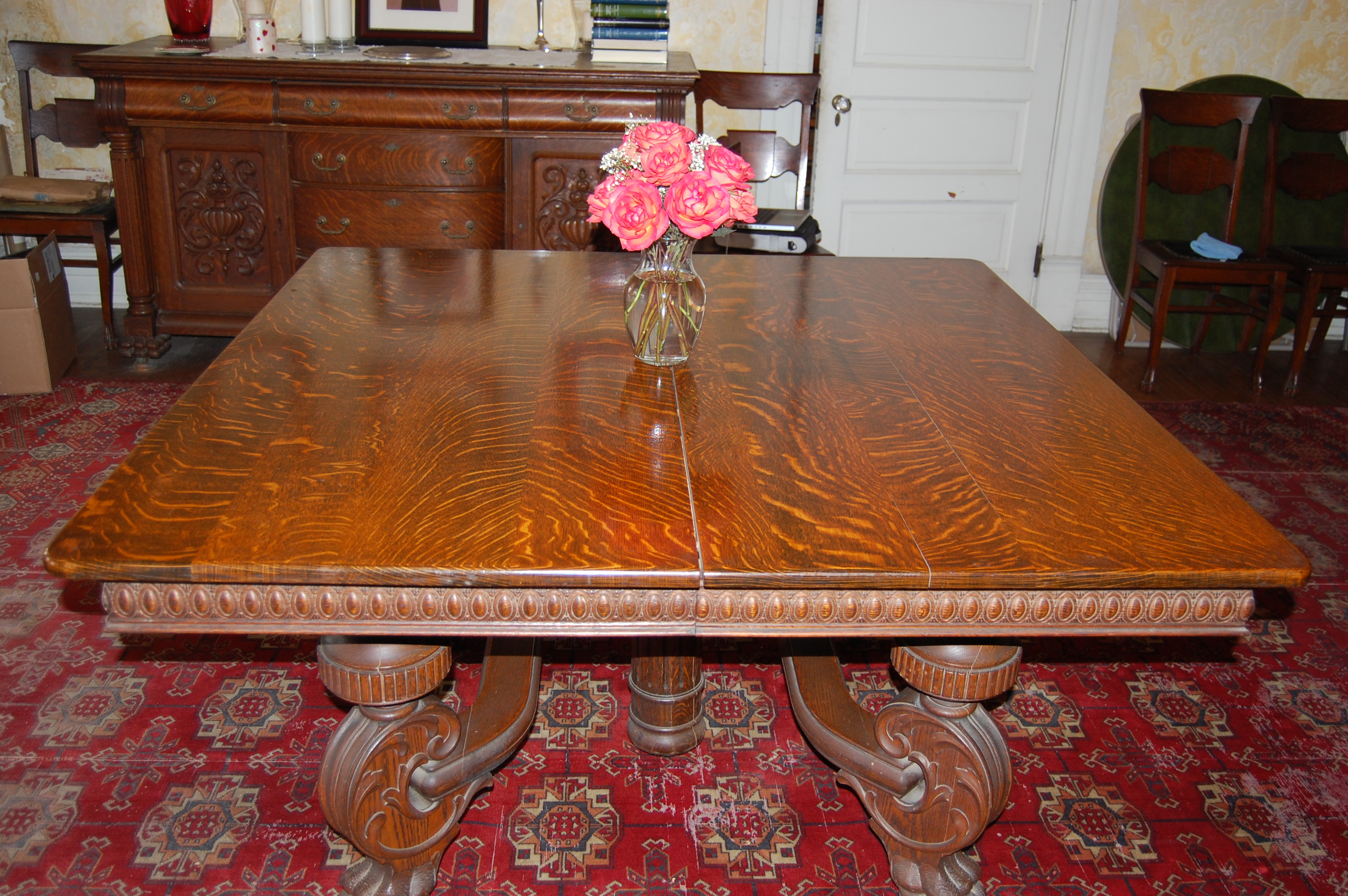 The second unusual sighting happened when I went out on the back porch to get a long dowel that was with my gardening things.  As I turned the corner to go over to the gardening shelves, something caught my eye on the left.  Girls, do you remember the white shelf over the old table that used to be piled with farm junk?  I think there was an old water cooler up there.  More recently, I set a white hanging pot there whose plant had died.  It still had the soil in it.  As I passed by the table, I realized there was something strange about the pot.  It appeared to have a giant wooly bear caterpillar curled up in it!  A curl of black furry stuff was all I could see.  No head.  No legs, no tail, no ears.  When I returned with my camera, the configuration had changed.  A head was visible. You’ve no doubt guessed whose.  Midnight, of course.  She had found yet another safe nest to nap within. 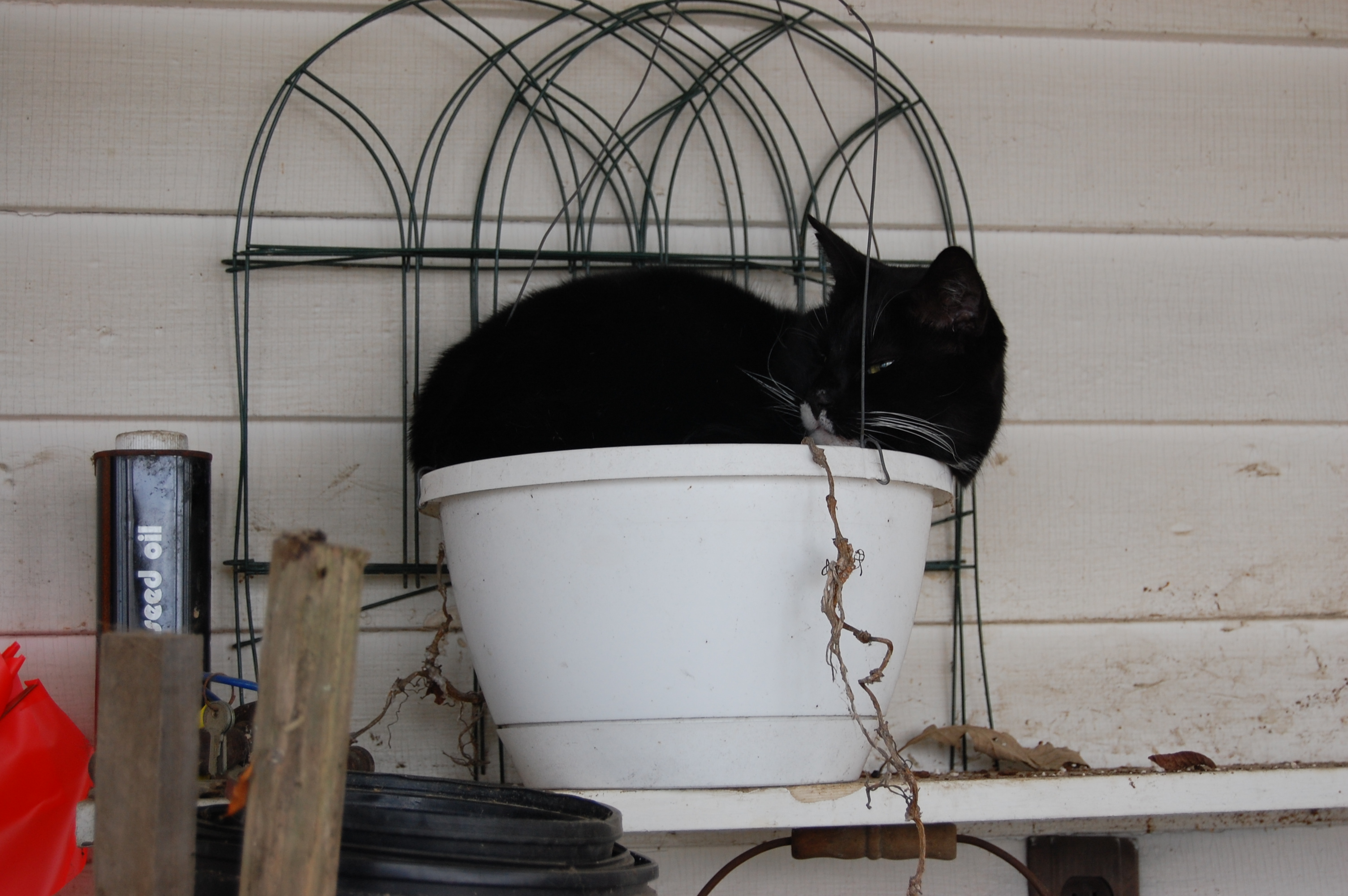