In the myth of Pandora, all the evils of the world wait in the box, biding their time.  In the reality of WikiLeaks, the whistleblowers of the world 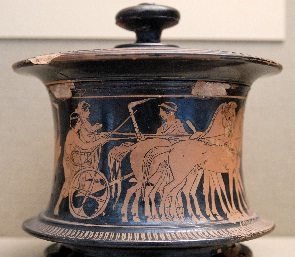 (whose motives are unknown) wait to pour the secrets of governments into the box through a special door, which only opens for them.  In this version, Pandora is an amalgam of a visible founder, unknown volunteers and the government of Iceland, which has particularly aggressive laws for the protection of whistleblowers (and, we must assume, few secrets).  Pandora did slam the lid back on the box immediately after her sin, but most of the evils still got out.  No one slams the WikiLeaks door; it opens as it wills, and government leaders lie in bed wondering what will come out.

First- is this a bad thing?  Shouldn’t we hold our government accountable, since it operates using our money, and for our benefit?  Yes- we should, and there are plenty of ways to do that.  WikiLeaks is run by an Australian, he is clearly anti-US government, and we cannot assume he (or anyone else involved) is a patriot.  He may, in fact, be an Australian patriot, but he has no particular obligation to the security of our country.

Second- is there a way to stop this?  A friend suggested, “Go after him!”  He does, in fact, live out of a backpack, has no stated address and stays in the homes of friends.  As a (former) professional hacker, however, he has made very elaborate efforts to ensure that leakers who send him things are protected and untraceable, and we can be sure that he has contingency plans in place.  He may already have made clear to the Pentagon that if they kill or harm him, certain other much more sensitive documents will immediately be published.  What if the Israelis send a hit team after him, and it looks like an accident?  He has no doubt thought of this, and the result would be the same.  Finally, if a superhuman effort was made and every trace of WikiLeaks was gone in two weeks, the whole process would simply start again with someone else.  The technology is there; it is powerful and untraceable; it isn’t going away.  We have many enemies, as do all the governments of the world, and many of them are hackers.

Is this the beginning of the end, therefore, of secrecy in government affairs?  Will it soon be the case that major events are driven by the leaking of secrets to sites like WikiLeaks, which are clearly protected by First Amendment principles and laws of various countries?  Has the net wrought a fundamental change in human affairs the likes of which have never been seen before??  I suppose time will tell…

This is going to be very interesting.